All couples experience conflict. For some it’s battles about money; for others it’s a sex life that’s lacking or a pattern of constant arguing. And the coronavirus pandemic has added yet another potential stressor: more time at home together, which can exacerbate tensions or expose hidden cracks in a relationship.

Therapy can help. Contrary to what some may believe, it’s not about finger-pointing — who did what or who is to blame. Rather, “couples therapy provides tools for communicating and asking for what you need,” says Tracy Ross, a relationship and family therapist in New York City.

Eye-rollers, take note: According to the American Psychological Association, about 75 percent of couples who opt for therapy say it improves their relationships. “A lot of couples tell me that it is the only hour they have during the week where they’re focused on each other, with no distractions,” Ross says.

Many partners struggle together for years before trying therapy, says Gail Saltz, M.D., a clinical associate professor of psychiatry at New York-Presbyterian Hospital, Weill Cornell Medical College, but “it’s always better to go earlier in the process.” Unhealthy behavior and resentful feelings can become more difficult to change the longer that they continue. 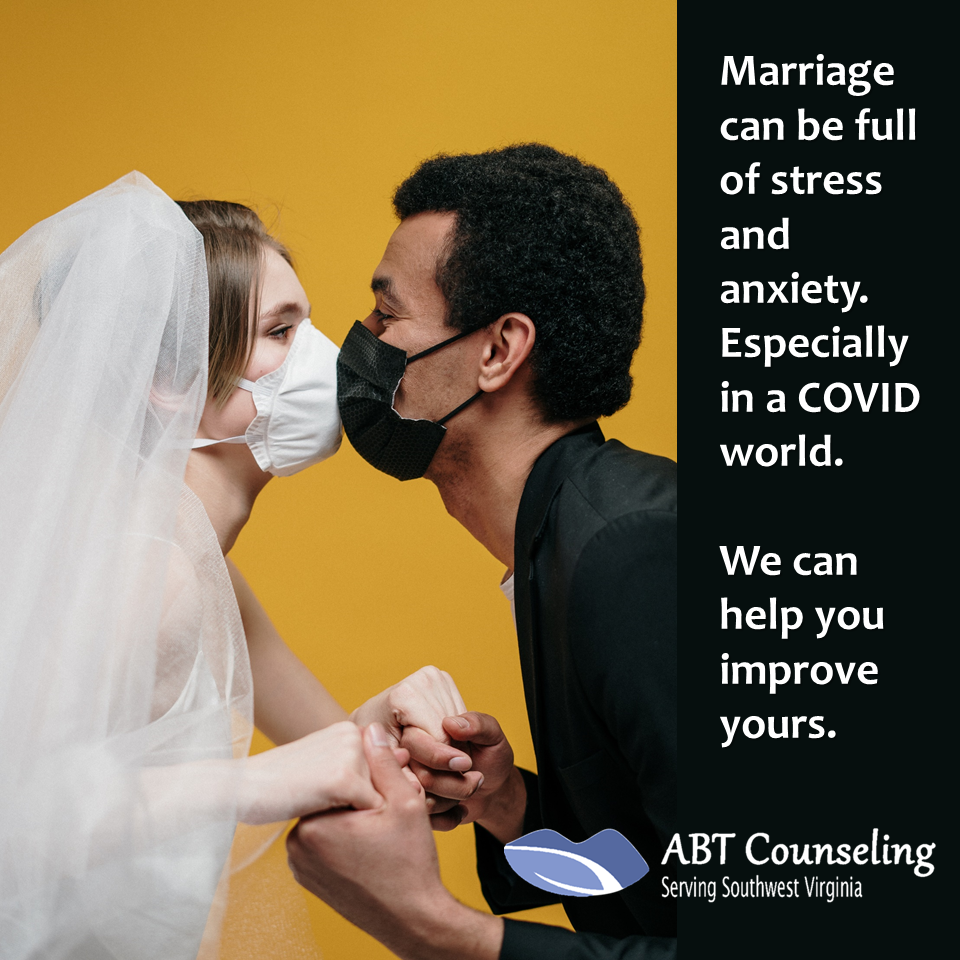 A major roadblock to getting help? When only one person in a relationship is eager for change. “Sometimes someone will come in who is very willing to do the work and the other person is not,” Saltz says. “Ultimately, both people have to participate.”

After years of marriage, some couples no longer engage with each other and merely coexist as roommates. Divorce incidence peaks at different times, says David Woodsfellow, a clinical psychologist and couples therapist and founder and director of the Woodsfellow Institute for Couples, in Atlanta. “The very top of the first wave is at about seven years,” he notes. “The very top of the second wave is 21 years. That second divorce is usually a growing-apart divorce. It’s about avoidance, not fighting.”

“I’ve heard couples say, ‘We run a household together, but there’s no connection or intimacy. But we’re both so busy it doesn’t matter,’ “ says Ross. “Distance like that can go on for a long time as people fill their lives with other things and push down whatever loneliness or needs they have. Then something happens — they retire or become empty nesters — and they look at each other and think, Who are we as a couple now?”

Couples often forget what brought them together in the first place, why they fell in love, Saltz observes. “If you’ve been with somebody for a long time, you’ve built a life narrative, memories and a history that you can’t recoup with someone else. Couples therapy can help reignite that.”

2. You clash about money

Money has always been a contentious issue for couples, but throw in additional late-in-life concerns that baby boomers confront — potential health problems, fewer (and fewer) years of earning power, not to mention lousy interest rates — and you’ve got an atmosphere ripe for financial friction. In a Harris Interactive poll, 36 percent of married 55- to 64-year-olds said money matters cause arguments with spouses.

Clashes may stem from differing spending styles or disagreements on how to save for, and spend, retirement. There may be stress about not having enough money, or inequalities in the way your nest egg is being managed. “Money can evoke strong feelings of anger, anxiety and envy,” says Ed Coambs, who specializes in couples counseling and financial therapy in Matthews, North Carolina. “It has such high associational value with power that unless the partner who is earning less has another place of psychological influence, it can create an imbalance in the relationship.”

Therapy helps people understand their relationship with money and the way that it shapes their thoughts about themselves and about other people, Coambs explains. Often, the way we view and handle finances is linked to past experiences. He has clients draw a family tree and talk about how financial matters were treated in each partner’s family — how their parents saved, spent and discussed money. This exercise helps them become more aware of their spending behaviors and “develop more financial empathy for one another,” Coambs says.

3. Someone has been unfaithful

One of the most common reasons for going to couples therapy: attempting to repair a breach of trust — in less delicate terms, cheating. The American Association for Marriage and Family Therapy has found that 15 percent of married women and 25 percent of married men report having had an extramarital affair.

But, to be sure, cheating doesn’t only mean physical infidelity. “Hiding something and being secretive is an emotional betrayal,” Ross points out. “You might reconnect with an old flame through Facebook and think, We’re just catching up; it’s harmless. Then, all of a sudden, it’s more than that.”

How to tell when you’ve crossed the line? That’s tricky. “Infidelity means a lot of things to a lot of different people,” says Amy McManus, a Los Angeles–based marriage and family therapist. “What’s important is that partners build a shared, agreed-upon definition of fidelity within their own relationship.”

If you’re tempted to stray, it’s better to try counseling now than face the fallout later. And if one partner has already had an affair, there’s definitely a way back. About a third of married couples survive an affair, Saltz says, but generally, they’re the ones who go for treatment and make every effort to save the union. In fact, “an affair is often the impetus for dealing with things that have been avoided for years,” Ross notes. 4. You have lots of unproductive, hurtful arguments

We all have different ways of handling conflict. Some of us thrive on confrontation; others turn heel when things get heated. And then there are the passive-aggressive types. Big blowouts can leave behind tears and hurt feelings, but frequent bickering can be just as destructive. “Couples get into a repetitive loop,” says Ross. “It’s the same argument over and over.”

An argument is not in and of itself a bad thing; rather, it’s the way people handle the conflict that can make it unhealthy, Woodsfellow explains. Put another way: It’s not necessarily what you say but how you say it. “It could be criticism or complaints, jabs or unkind words, or verbal abuse, like name-calling or yelling,” he says.

Couples therapy teaches you how to diffuse disagreements in a healthy way — reasonably and respectfully. Woodsfellow says that how the conversation begins is crucial. So instead of throwing out something inflammatory like, “Why did you do this?” try a more encouraging tone, such as, “Help me to understand why you feel this way.” Swap pronouns, trading “you” (as in, You always do this), which puts the other person in a defense mode, for the first person (I feel like you’re not hearing what I’m saying).

Stay away from always and never. And don’t pull out the past, Saltz advises. “Recent events are what you want to talk about.”

5. Your going through a big transition

“Even if you and your partner are getting along fine, a big change can shake up the dynamic of your relationship,” McManus says. “And different coping styles are going to create friction.”

It could be an illness, retirement or having the last of your children move out. “In the past your children may have occupied a tremendous amount of time and energy,” Saltz says. “Then they leave, and if you haven’t been nurturing your marriage at the same level, you may look at your partner and think, I don’t know who you are. I’m not even sure I like who you are.”

Suddenly finding yourself caring for an ill parent, which can consume a big portion of your time and attention, presents a different set of challenges. If your spouse doesn’t understand the stress or isn’t supportive, it can stir up feelings of frustration and resentment. Couples therapy can help you deal with the new normal by restoring the connection you and your partner once shared.

In a study published in the Journal of Sex & Marital Therapy, 2,371 recently divorced people were asked to choose reasons for their split. The number one response (from 47 percent of the participants): a lack of love or intimacy.

For some, it’s a lackluster sex life.  Years of doing the same thing in the sack can make sex less enjoyable, says McManus. “Sometimes one partner is simply too tired, and having sex feels like just one more thing to check off of the to-do list.” Medical issues, medication side effects and changes in your body, such as menopause, can also make sex difficult for some couples.

But little intimacies — like the occasional peck on the cheek, listening to your partner’s stories, and small gestures of kindness — can be just as important for helping you and your partner feel connected. There are plenty of couples who are affectionate and emotionally intimate but not sexually intimate, McManus notes. “As long as you are both satisfied with whatever your situation is, there isn’t really a problem. Couples counseling is useful when one or both of you is not satisfied with your level of intimacy.”

It can be difficult for people to talk about something this personal, but a good therapist can help guide the conversation and should know how to make you both feel more comfortable discussing intimate subjects.

7. You want to avoid divorce or have an amicable one

“Usually, if [a married couple are] coming in for therapy, they’ve thought about divorce but want to see if the marriage is salvageable,” Saltz says.

Sometimes couples have mixed agendas. One person wants to split up or get divorced, and the other one wants to save the relationship. In cases like these, McManus says, “discernment counseling” can help spouses decide whether they want to pursue a divorce or what needs to change if they want to remain together.

If it’s become apparent that this isn’t a marriage that can work, therapy can be a way of providing for a less toxic split. “Protracted, messy divorces have a lot to do with not being able to let go,” Ross observes. “If a couple can process ‘How did we get here?’ and get past blaming each other, they can move on in a more adult way that does less damage to everyone involved.”

This article first appeared at AARP.org, by Barbara Stepko, June 26, 2020.